Playship is a online competitive mobile gaming app where players compete with others to win real money. There are two types of competitions in the app. The first is called a Battle in which there is a one-on-one match with winner takes all. The second is called a Tournament where multiple players pool in money and play a tournament over a period of time. The top players who win the tournament share the winnings from the pool accordingly.

What was my role?

I was a UX designer on a team with two other UX designers and two graphic designers. I collaborated on all parts of design process with our team in research to testing. In addition, I developed some parts of backend using Node.js. The higher-level process we followed at Playship is shown below.

Understand the behavior of the target users to design a competitive mobile gaming app where people compete with others and win real money.

Players search and challenge an opponent for a quick game. The winner takes all the money.

Players enter a tournament and seek to stay on top of leaderboard. When the tournament ends, the top players get the share of pool money accordingly.

Users in battle mode play games with other real players and see all their moves. Everything happens in real-time.

Users view the money added to their account as soon as they win.

Players find the history of all games they have played in the app. This includes tournaments, battles, wins, and losses.

Users instantly add/withdraw the money they have won easily and quickly with the various payment methods provided.

Before we started the core UX research process, we completed background research. Specifically, we conducted "blue skies research" where we explored the current research and studies available, which help us with our study. So examined various research papers, articles, and journals regarding mobile gaming and mobile gaming users' behavior. We also met with product managers and other stakeholders regarding the product they wanted to build.

Using Survey Monkey tool, we conducted the user survey and received responses from over 300 participants. We framed survey questions which can help us understand the existing user behavior. Specifically, we tried to understand the demographics of users, category of games they like, time of day in which they play, their motivation to play for money, etc. 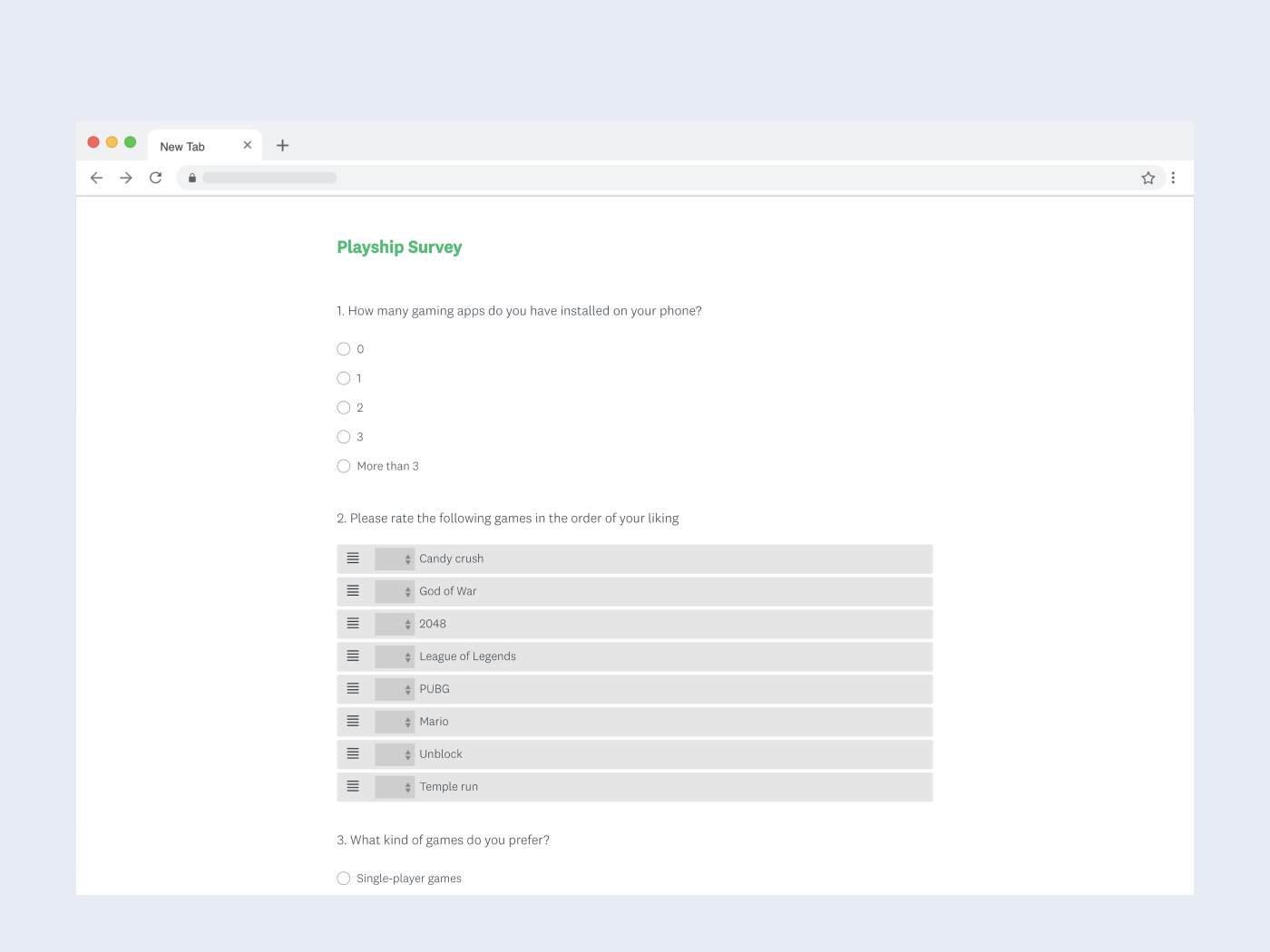 From the survey, we analyzed the data and segregated the users into the 4 groups below.

The types of games these 4 groups are interested in playing for money are as listed below.

We conducted interviews with 30 participants who are our target users. From these interviews, we collected the user expectations from the app. Some of the requirements we found from the users are listed below.

Based on the information we gathered, we created personas that represent our users. For each persona, we created their demographic details, such as their age, gender, income group, etc. Apart from these details, we also included what the individual persona might think, do, and feel. 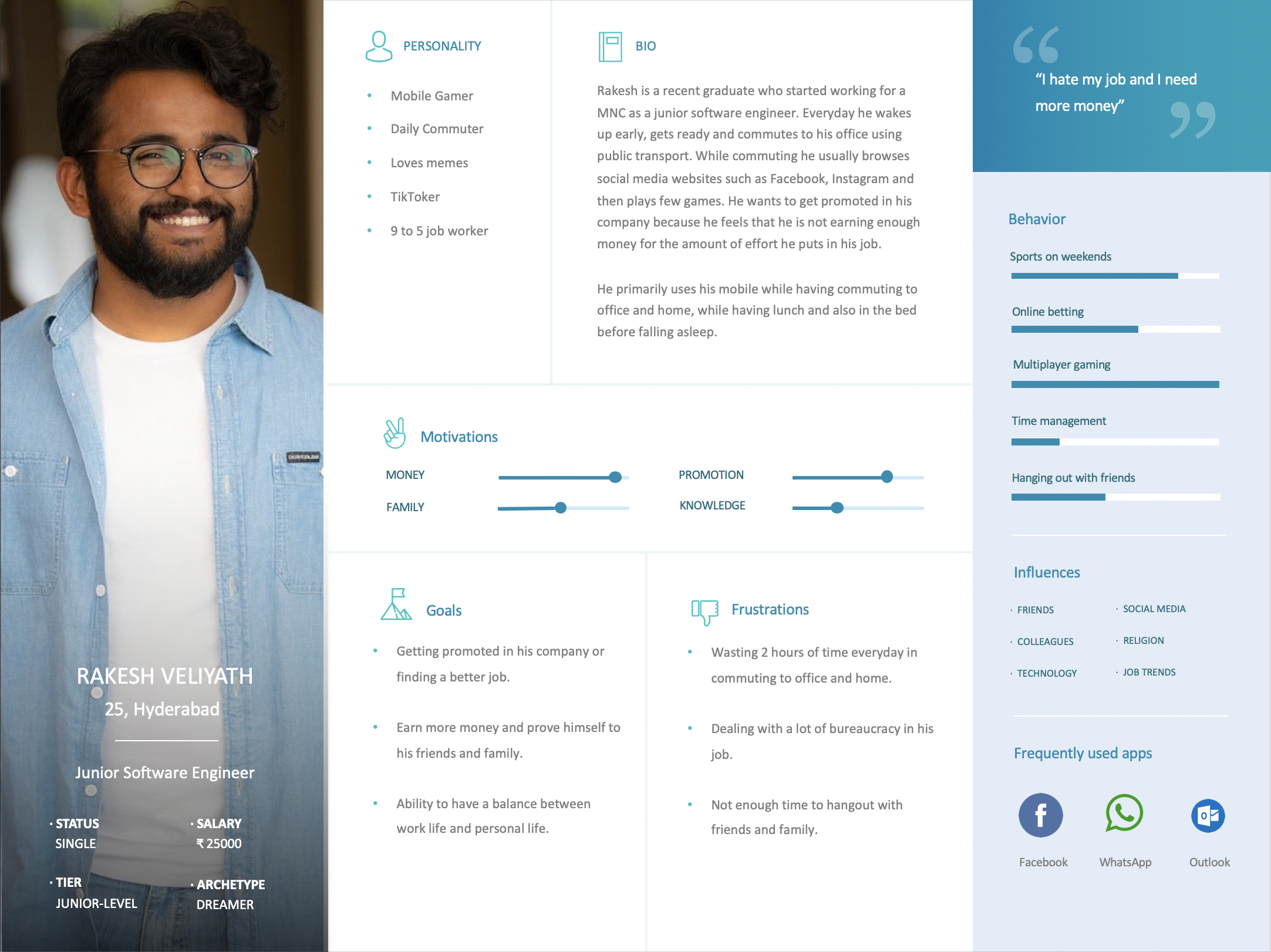 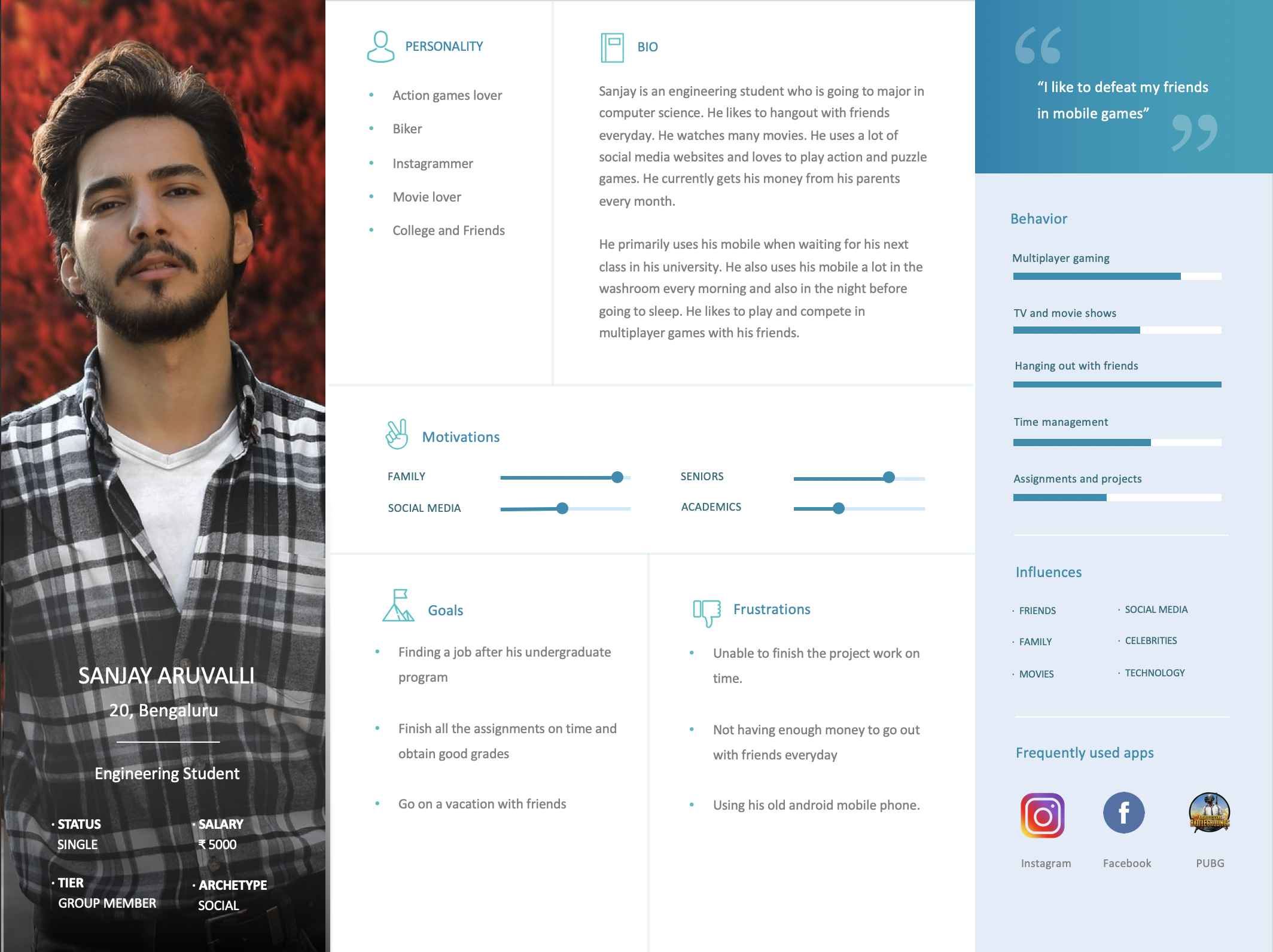 Before designing the app, we created app flow diagram to determine if they align with the stakeholder expectations and project goals. So, we used sticky notes and created the app flow in the first iteration.

After creating the app flow, we tested it with stakeholders and developers who understood the app flow. We recorded each feedback while they followed the flow and iterated it multiple times until the optimal flow was achieved.

After creating the application flow, we refined the navigation structure of the app to a granular level and determined where the content will be placed. Before going to the wireframing phase, we also finalized the relationship between different pages of the application.

We tested the entire sitemap thoroughly with the stakeholders and developers of the project and iterated it multiple times. The final sitemap is shown below. 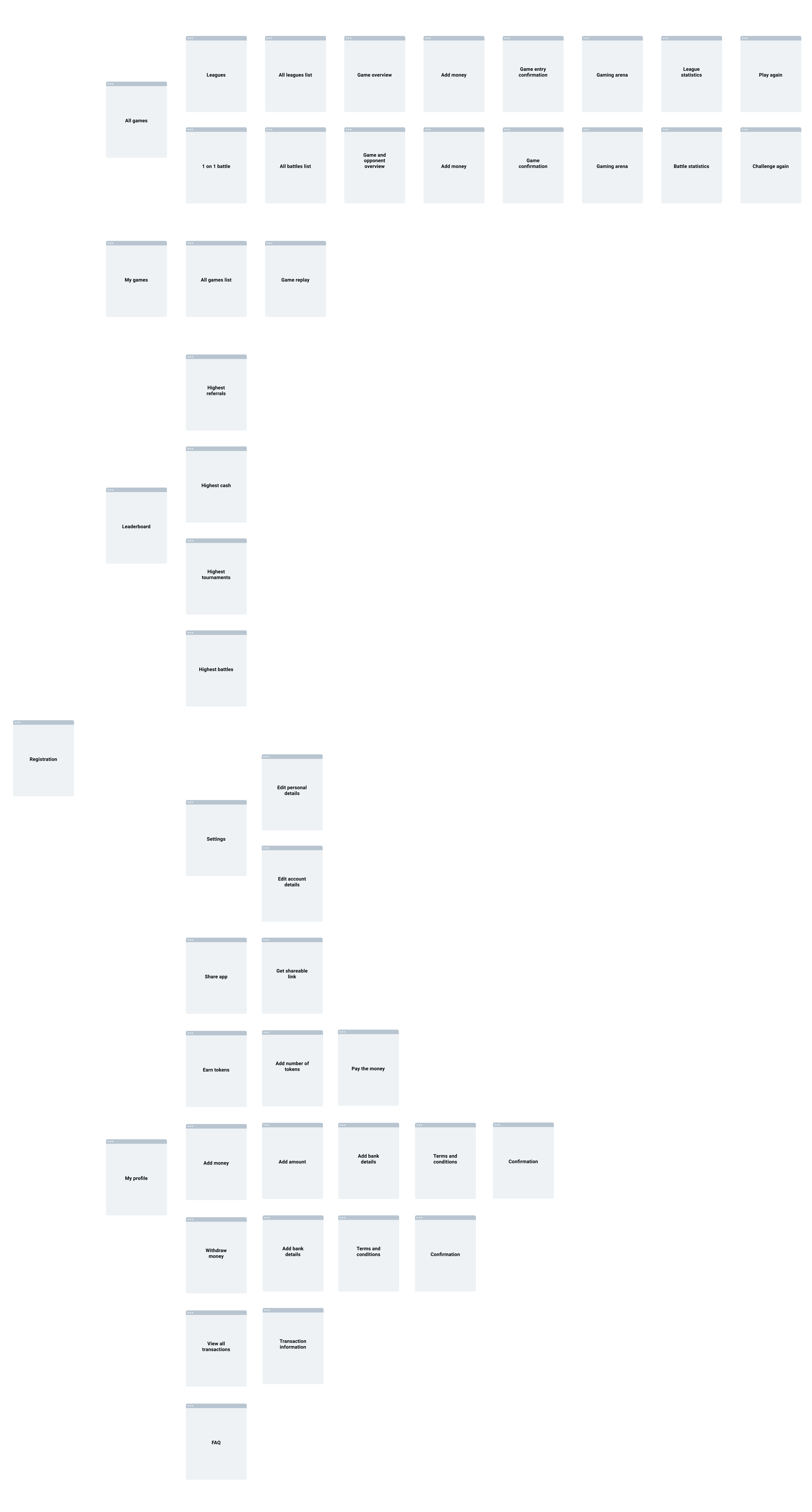 Using the sitemap and the application flow, my teammates and I designed the entire app using Balsamiq tool. Primarily, we incorporated all the functionality we discussed with the stakeholders and the users.

We received positive reviews from developers and stakeholders when we presented all the wireframes to them. As a result of discussions on various economic and technological feasibilities, we removed some elements and iterated the wireframes multiple times until everyone was on the same page.

We used Sketch for designing high-fidelity screens and Marvel for prototyping. In this stage, there were several iterations of the screens based on the aestheics and usability. Below are some of the screens we designed.

Searching an opponent in background

Add cash to the app

Withdraw cash from the app

We also performed usability evaluation of our redesigned prototypes using Think-aloud protocol and Heuristic evaluation methods. We asked a multiple UX professionals in the industry to evaluate the prototypes.

“Sathwik had worked with us for a brief period, but made a significant impact. His research towards UI/UX design for our app proved very crucial. He has a good understanding of what our users want or need. He worked not only as a part of our research team, he also worked as a part of our coding team. It is rare to find a person who can design and also write the code. He worked closely with marketing and product teams to optimize the designs. He is a quick learner and it was a pleasant experience working with him.”